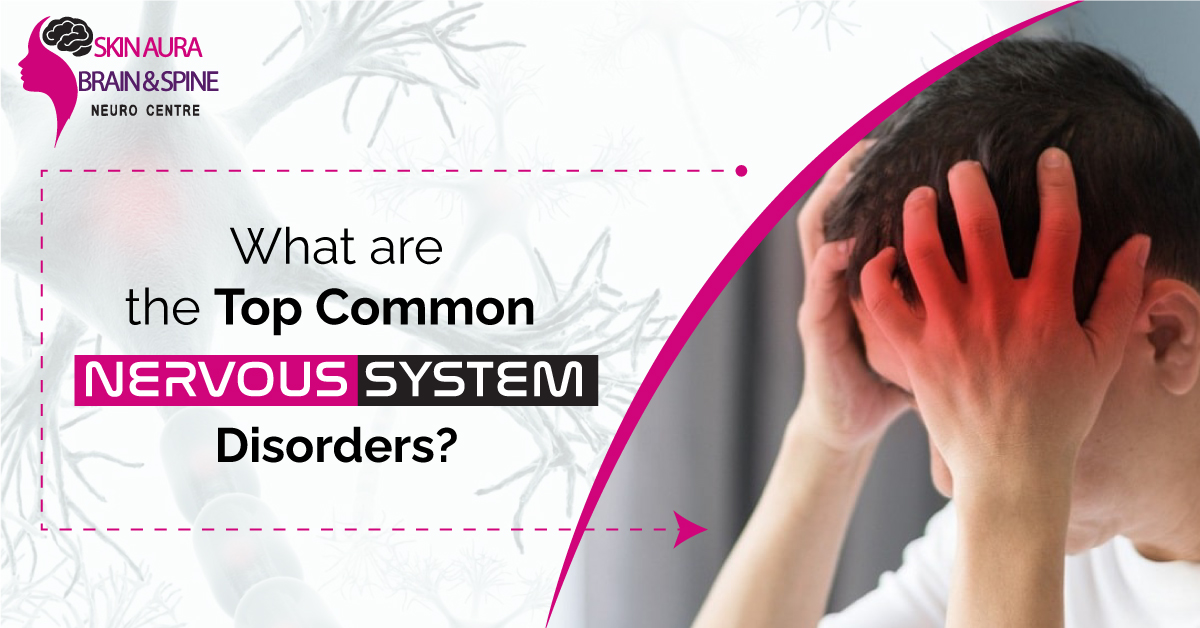 These disorders exist in various shapes and sizes, and they can impact people of all ages and health statuses. There are hundreds of neurological disorders that doctors are aware of today, ranging from Alzheimer’s to epilepsy. The severity of these illnesses varies, and the symptoms vary from person to person. Patients demand the immediate attention and care of a top neurologist in India or elsewhere.

It’s critical to educate ourselves about neurological illnesses to appreciate better what a person diagnosed with one goes through.

Although there are plenty of nervous system disorders which we are not even aware of and not even heard about ever to date. Hence, to mainstream the common nervous disorders, let’s take a look at the top five neurological conditions:

Stroke: A stroke happens when the blood supply to the brain is cut off. Because blood brings oxygen and nutrients to the brain, it must get there. When it doesn’t, brain damage occurs.

Epilepsy: Epilepsy is a neurological condition in which aberrant electrical activity in the brain occurs. Seizures might occur as a result of these aberrant actions. A person diagnosed with epilepsy may have a variety of seizures.

Multiple Sclerosis:  MS is an autoimmune illness that affects the human body’s insulating layer of nerve cells. The nerves get affected, and disease results when these layers are injured.

Alzheimer: Alzheimer’s disease and dementia are the two most common neurological disorders. They have an impact on a person’s memory and thinking capacity. Alzheimer’s disease is commonly related to aging, and physicians have yet to discover a solution. There are, however, medicines available that can help a patient’s quality of life.

These are only a few of the most prevalent neurological illnesses that people today are diagnosed with. There are other unusual and difficult-to-treat illnesses. On the other hand, doctors and scientists are continually working to develop new treatment choices for a variety of neurological illnesses. If you or a loved one thinks they may be suffering from a neurological disorder, make an appointment with the top neurologist in Pune or another city right once.

Because neurological symptoms might indicate a severe illness or injury, failing to seek treatment can lead to significant consequences and long-term harm. Once the underlying cause has been identified, you must adhere to the treatment plan you and your health care provider have explicitly created to minimize the risk of consequences.