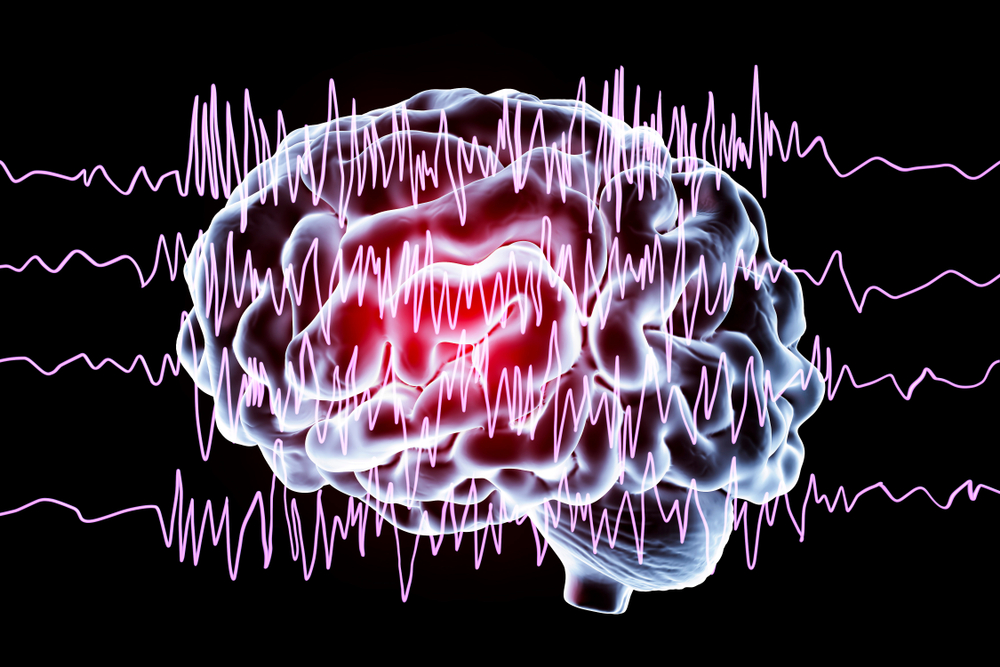 Epilepsy is a neurological disorder in which nerve cell activity in the brain is disturbed, causing recurrent and unprovoked seizures. If not diagnosed and treated in time, it can be life threatening.

Now, what is a seizure? A seizure is a sudden, uncontrolled electrical disturbance in the brain. It can cause changes in your behavior, movements, feelings and level of consciousness.

What can cause Epilepsy?

Brain is the source of epilepsy. Electrical events in the brain can cause different types of seizures. If you have two or more seizures or a tendency to have recurrent seizures, you have epilepsy.

Some common causes include the following:

Recurrent seizures in a person, is the main symptom of epilepsy. Also, there are some other signs and symptoms that may give you a hint at epilepsy. These are:

When to see a doctor?

Experiencing first seizure that continues for more than 5 minutes, is when you need to visit a doctor and get the diagnosis done. The first step of diagnosis is understanding your symptoms, medical history and genetic history.

Several tests are performed to diagnose epilepsy and determine the cause of seizures. It may include; neurological exam, blood tests, CT scan, MRI test, EEG test, etc. Accurately diagnosing the seizure type helps to find the best effective treatment for you. 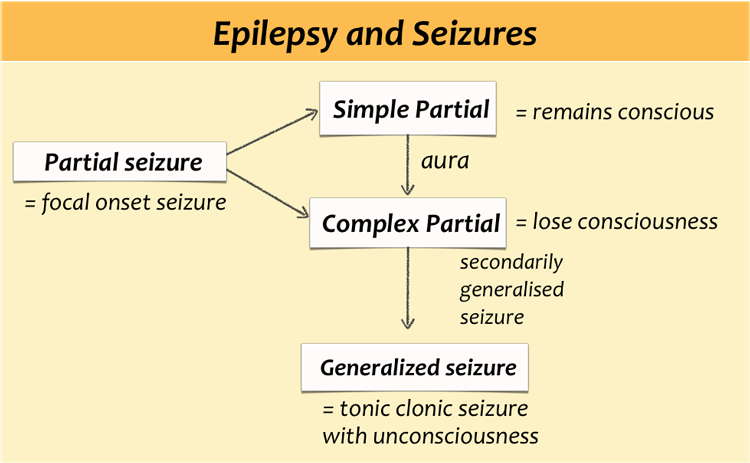 Epileptic Seizures has been divided in to various groups depending upon the complexity and the severity. Although the classification of the Epileptic Seizures will be based on the doctor’s assumptions after analysing the following facts:-

-Where in the brain seizure starts

-Person is aware or not during the seizure

-Seizure involves any movement or not.

Lets have a glance on the various groups of EpilepticSeizures:-

1.Focal Onset Seizures:- It is also called Partial Seizures as it starts from the one side of the brain or from the one focal. It may also spread to other areas of the brain. Sometime people are not aware of this type of seizure and may neglect and unnoticed the symptoms. These seizures can be subtle and unusual. Approx 60% of people will have such kind of seizures which is also called focal seizures. Focal Onset Seizures can also be divided into two parts:-

- Focal Aware: This was also known as Simple Partial Seizures. When the person is fully aware of what’s happening but may not be able to respond, is called focal aware. They usually raise for the short interval.

- Focal Impaired Aware: It was known as Complex Partial Seizure. People are not fully conscious of the symptom. He may appear confused, vague or disoriented.

Always Keep in mind it may start from the one area and slowly affecting the both sides of brain causing muscle stiffening or jerking.

- Generalised Motor Seizure: It was earlier known as Grand mal. It includes the Stiffening (tonic) and jerking (clonic) .

It may involves some awareness and little body changes. It may also involve some automatic acton and repeated movements such as lip smacking. In this classification, many types of seizures come under this:-

- Absence: A sudden loss of awareness

- Tonic-Clonic: It is the combination of stiffening and jeky movements of limbs

- Myoclonic: sudden single or groups of jerks which may last for second or two

- Tonic: It usually happens when a person is sleeping or awake. He or she may fall due to stiffens in legs.

- Atonic: sudden loss of muscle tone which may lead to falling on the ground if standing and sudden head nod if sitting

- Clonic: It may lead to jerking in various parts of the body and it is rarely occurred.

3.Unknown Onset Seizures: Some people may experience more than one seizures which may be more complex. It is hard to diagnose the type of the seizure. Further testing and analysis is required to know the exact kind o seizures.

There are several ways to treat epilepsy. These include; medication, a special diet, an implant that works on nerves and surgery.

Epilepsy medications, called anti-seizure medication, is the foremost step to treat this condition. It helps the way brain cells work.

However, the type of medication will depend on several factors:

Anti-epileptic drugs (AEDs) are the best ever treatment to control the elliptic seizures. Almost 70% patients use various AEDs prescribed by the doctors depending upon the severity of the seizures. Various Anti-epileptic Drugs are Carbamazepine, Clobazam, Clonazepam, Ethosuximide, Lacosamide, Lamotrigine, Levetiracetam,Oxcarbazepine,Phenobarbital, Phenytoin, Sodium valproate,Topiramate, Vigabatrin, Zonisamide.

First we do video eeg, take full assessment of seizures and localize the source.